A  high-quality water filtration system is one of the most important elements for a healthy home. No matter your drinking source, water can contain hundreds of contaminants. Every person on earth requires 20-50 liters of fresh, safe water a day for drinking, cooking, and keeping ourselves clean. That means water that hasn’t been processed by toxic chemicals, harmful to our health and to the environment. Luckily, if you’re not interested in consuming chemical cocktails each time you reach for a drink, there are plenty of options for purifying your water. 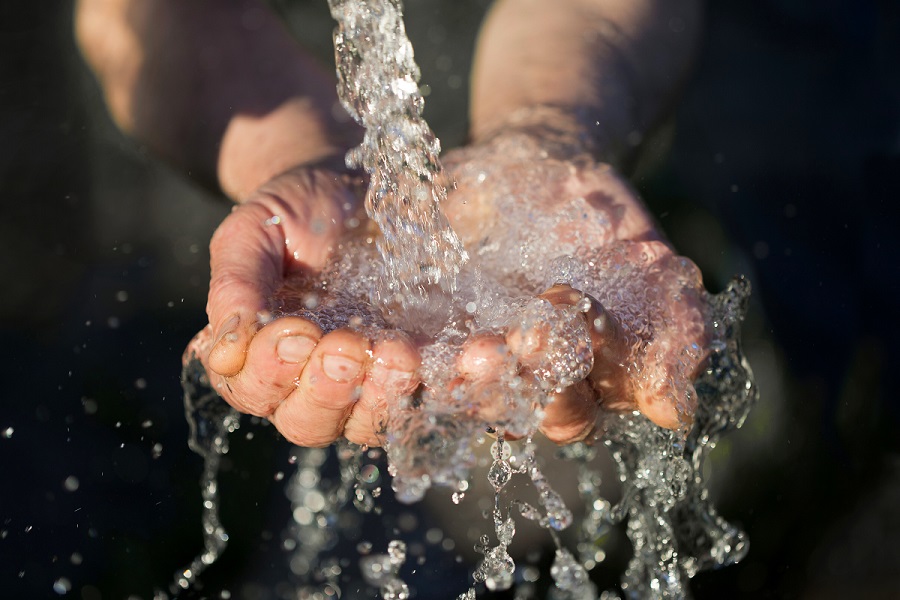 Most water treatment systems implement a combination of filtration, aeration, and disinfection to remove iron and sulfates from drinking water. The best iron filtration systems for 2019 are not only environmentally friendly, they can also successfully remove iron contaminants, as well as the “rotten egg” odors caused by hydrogen sulfide, using natural methods. When your goal is healthful, purified water-- without breaking the bank, you’ll need an efficient, economical filtration system with an outstanding warranty.

The most common problem in water treatment, next to hard water, (high levels of calcium and magnesium minerals) is excess iron. Iron is naturally occurring, so its presence is frequently found in water, especially when derived from a well. Iron in water can change its taste and color, and leave yellow or rusty stains in your tubs and toilets.

When your water smells like rotten eggs, it’s usually caused by hydrogen sulfide gas. This gas is formed by deposits of decomposing organic matter in groundwater. Bacteria chemically changes the natural sulfates in water to hydrogen sulfide. It then enters surface water through springs, plumbing systems, water heaters, and most commonly, wells.

Because hydrogen sulfide gas escapes rapidly from water to cause odors, the process of aeration is often used to improve water quality. Aeration helps prevent taste and odor problems by ensuring that oxygen concentrations remain high enough through the water to prevent conditions of little or no oxygen. It also helps prevent the release of iron from sediments and the problems associated with high iron concentrations.

The  Genesis Eliminator Chemical Free AIO Filtration System is an environmentally friendly water treatment that uses aeration to dissipate the buildup of gasses. The AIO (air injected oxidizing) filtration system works by maintaining an air pocket in the top of the tank while the system is in service. As water passes through the air pocket, iron and hydrogen sulfide gas is oxidized. The filter media bed traps the oxidized contaminants, such as iron, manganese, and hydrogen sulfide. To enhance the Genesis Eliminator system capabilities, dissolved oxygen is added to the water. Sediment is then backwashed from the media bed about every 3 days.

Easy to install and maintain, this system will get rid of both the unpleasant, rusty water caused by iron, as well as the distinct, offensive odor of rotten eggs from hydrogen sulfide in your water. The Eliminator AIO comes with a 7-year control valve warranty, and lifetime warranty on its tank. The Eliminator lives up to its name—no more rotten egg smells, no more orange staining, and no more messy or expensive chemicals.

When contaminants in your water aren’t limited to just iron and hydrogen sulfide, a filtration system like the Genesis Ozone Chemical Free System can also filter out bacteria like E coli and coliform, known for causing cramps, nausea, and headaches.

Generated from sunlight, ultraviolet rays and lightning, ozone is often referred to as "nature's disinfectant.” Ozone has a greater disinfection effectiveness against bacteria and viruses compared to chlorination or any other disinfectants available. In fact, laboratory testing has shown that the kill rate of ozone against a wide range of microbes, such as bacteria, fungi and viruses, is almost 100%. Ozone kills bacteria 3,125 times faster than chlorine. In addition to disinfecting water, ozone also removes objectionable odors, tastes and colors.

Ozone destroys microorganisms instantly and effectively without leaving harmful residue in treated food or processed water. Therefore, ozone is safer and environmentally friendlier than most other antimicrobials. Unlike other water treatment processes, oxidation is a natural, chemical-free process that produces zero wastewater and leaves behind oxygen molecules like the ones in the air we breathe. The Genesis Ozone Chemical Free System reduces high dissolved iron up to 10ppm, manganese up to 5ppm, and hydrogen sulfide up to 5ppm with one simple system. This system is the ideal solution for effectively and safely controlling iron, hydrogen sulfide manganese, and bacteria. With a 10 year control, and lifetime tank warranty, this filter is hard to beat.

Your Water, Our Problem

Iron and sulfur are common elements found in nature. While both are important for every day life, both are a nuisance in drinking water and can cost you money and frustration. Whatever water battles you may face, Discount Water Softeners can help you conquer them. Providing homeowners with the best iron filtration and water treatment solutions is what we do best. For more than 25 years, we’ve considered your water, our problem.