What Causes Orange Stains From Water?

No matter how often you scrub the orange stains lurking in your showers and toilets, they keep showing up like unwelcome guests. Why do these rusty streaks materialize on all your fixtures and appliances? An elevated iron content in water can clog pipes, alter its taste and smell, and leave discoloration every place it touches. 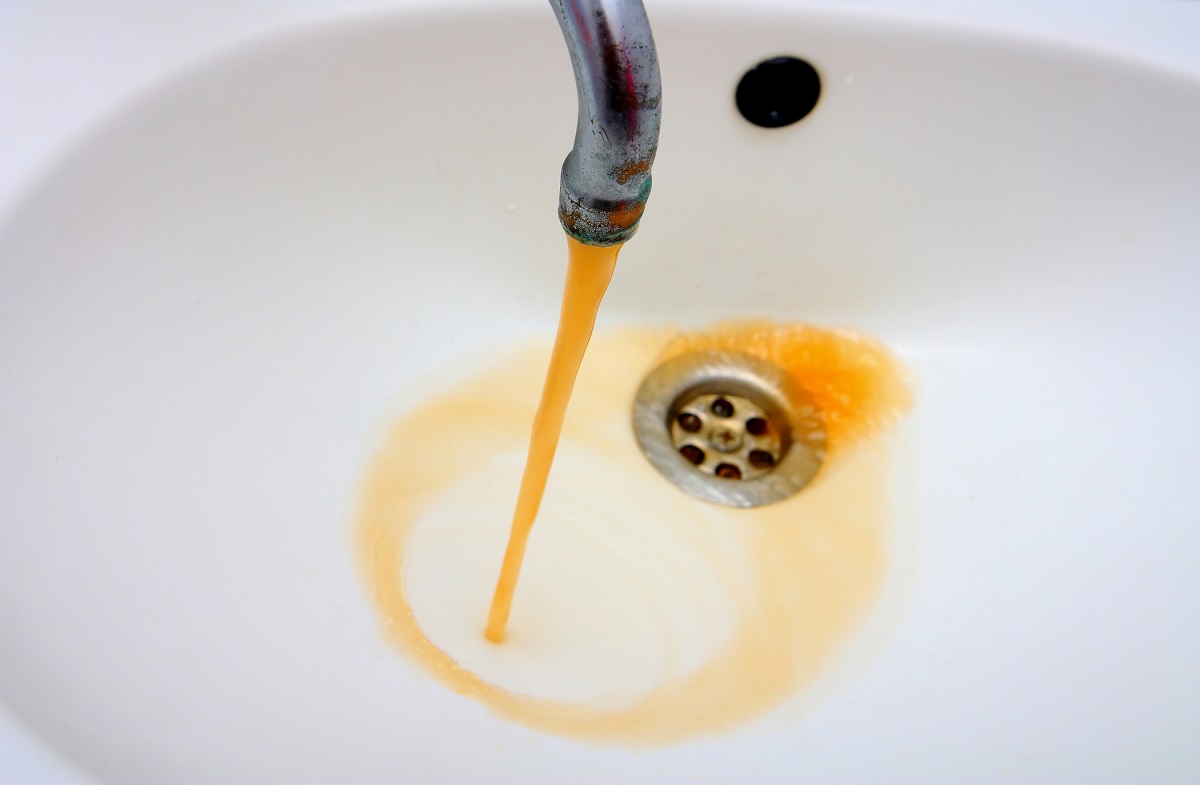 Iron is one of the most common contaminants in tap water, second only to hard water minerals and chlorine. It’s not always immediately obvious, as water containing iron can appear clear until introduced to the air, where it oxidizes and changes to a reddish-brown or rusty orange color.

Homes with wells as a water source are more susceptible to excessive mineral amounts due to the variance of depth and quality of the water. Wells are subject to corrosion; over time iron enters through fractures in the walls or surrounding rock. When water in the form of rain or melted snow travels from the ground’s surface and through the soil, iron and other minerals dissolve into the water and seeps through into wells.

Exposure to water and oxygen advances the deterioration of iron, causing rust. When casing and pipes of well water supplies are exposed to iron, rust flakes off and into the water that travels from the well and into a home. Even wells with excellent water quality initially, may eventually become loaded with iron.

How To Clean Orange Water Stains

Bleach is the first thing that many homeowners reach for when tackling clean-ups. But for rust or mineral deposits, using bleach can make staining worse. There are several methods for successfully treating and removing the reddish-orange rust rings found in sinks, showers, toilets, bathtubs, washing machines, and even dishwashers.

A good home remedy for rust stains on your fixtures is to use white vinegar and baking soda, mixed to form a paste and applied directly onto the affected area. Other ways to combat ugly rust rings and stains is by using a combination of salt and lime, or hot water and Borax. Hydrogen peroxide can also be mixed with Borax for a tough treatment for orange water stains.

Products like Iron Out, available in a powder form or spray, are specifically made to remove difficult rust stains. Some of these products can also be used in a water softener to clean the resin bed and remove the iron build-up that reduces efficiency of the resin.

Make sure to only apply products made for water softening systems, as too harsh of a chemical could potentially cause damage to the resin bed. Use caution when treating iron and rust stains with chemical cleansers. Rust and scale removal agents contain chemicals that irritate skin and eyes and are dangerous if ingested.

An increase in detergent and cleaning supplies along with skyrocketing utility costs is as much of an inconvenience as stains on clothing, bathtubs, faucets, and shower heads. While there are useful products to help with rust and scale deposits, it’s discouraging to know that your efforts won’t stop stains from reappearing.

The best solution for dealing with your water staining problems and those unpleasant odors is to go directly to the source— your water. Have your water tested; treatment depends on the form of the iron and other contaminants. Iron, which produces a metallic taste in drinking water, is often accompanied by manganese and hydrogen sulfide, known for its “rotten egg” smell.

Iron exists in different forms. Insoluble red-water iron, or ferric iron, is found in oxygen-rich water sources. Water containing ferric iron has a reddish orange appearance straight from the tap. Because of its gelatinous consistency, this type of iron, as well as iron bacteria, can clog plumbing systems in record time.

Soluble ferrous iron in water, appropriately referred to as clear-water iron, isn’t visible coming out of a faucet, but begins to turn orange after being exposed to the air. High quality water softeners can remove the dissolved ferrous iron, as well as small quantities of ferric iron. The softening system swaps out the iron with sodium in the same way that calcium and magnesium minerals are removed from hard water.

For households struggling with high levels, or a combination of different types of iron, an additional filtration method may be needed. Systems specifically designed to eliminate iron, such as an air injection oxidation system, or AIO, will safely remove iron, manganese and hydrogen sulfide. AIO systems like  The Eliminator Chemical Free unit will efficiently eliminate iron without chemicals, pumps, or external air injectors.

If iron isn’t your only contamination problem, other high-tech systems, like the  Genesis Ozone Chemical Free System, brings filtration a step further by offering homeowners the removal of harmful bacteria like E coli and coliform, as well as iron, also without the use of chemicals.

You may not be able to keep iron from traveling into your water supply, but you can most certainly remove it before it causes damage to your pipes and appliances. Whole home water filtration systems are uniquely built to remove a multitude of contaminants.

It’s time to say good-bye to the bad tasting water and the rust stains plaguing your property. Don’t let your home suffer from the effects of iron, hard water minerals, or any other bacteria. Whatever your water needs are, there is a top-quality filtration system that’s right for you.

Based in the USA