The Solid on Water

Water is known as the universal solvent because of its ability to dissolve the most substances of any liquid. To visualize how this works, picture mixing a pitcher of lemonade from powder and how it totally dissolves at is stirred or shaken. When water travels through the atmosphere, over land, and into the ground, it picks up particles and dissolves them in much the same way. 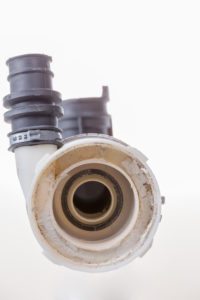 This incredibly powerful property is how water becomes hard. Hardness is defined by the level of minerals found in water as a dissolved solid. When water is pumped from the ground it will have some of the properties of what it comes in contact with, including but not limited to; calcium, magnesium, and iron. The dissolved elements are collected like postcards, which will be picked up and collected at the end of a trip.

Unfortunately, the end of the trip is often in our homes, where the acquired post cards are displayed in the form of scale build-up, soap residue, clouded dishes, and glassware.

Currently on the market, there are two systems offered for dealing with hardness in water. There are sodium or potassium based water softeners that operate using ion exchange technology, no salt systems that use non-ionizing radiation, and salt free softeners that use catalytic conditioning. A look at the science and the results shows how well each one performs.

Water can only be referred to as soft when the presence of hardness causing minerals are removed. Salt free water softeners, by design, do not remove anything from the water. There two systems of salt free softeners that claim to alter the water at a chemical level. One uses electromagnetism and the other operates with a catalytic process.

The no salt systems that work on the premise of electromagnetism are driven by energy. The energy used is electricity. A non-salt water softener using electromagnetism is installed by wrapping it around the water supply pipe. It is plugged in and then tasked with creating an electromagnetic field that is able to pass through a metal pipe and physically alter the hardness elements.

Electromagnetic waves are found in two forms; there are ionizing radiation waves and non-ionizing waves. Both are based on the science of wavelength and frequency to determine the amount of energy they carry. 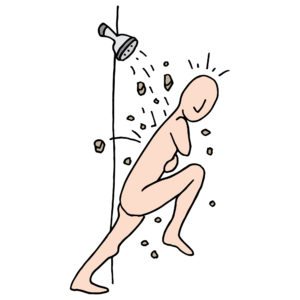 Only the ionizing radiation has enough energy to change chemical bonds like those holding together calcium.

While the science of altering chemical bonds is real, there are only three wave types with enough energy capable of ionizing radiation. These are cosmic rays, x-rays and gamma rays from radioactive materials. All are extremely powerful and not suitable for home use. It is not possible to acquire enough electricity from a common outlet to create any of these types of energy.

All man-made sources of electromagnetic waves are non-ionizing. This means they do not have enough energy to break molecular bonds. For an electromagnetic non-salt water softener to operate as advertised, it would require a form of radiation, which would never receive approval for home use.

No salt systems that operate on the catalytic process are called Template Assisted Crystallization (TAC) or Template Induced Crystallization (TIC) technology, which also claims to alter hard elements. These systems are equipped with a tank filled with media and use no electricity.

The water is directed to enter the media, which has calcium carbonate crystal structures on the surface. When hardness comes in contact with the special media it somehow bonds to it and grows more crystals. The friction caused by water movement fractures the growing crystals, allowing them to release as a suspended solid.

These newly formed crystals are unable to attach to pipes and fixtures as scale since the molecular structure has been altered. The process of how the elements are chemically changed is unclear, other than they are somehow turned into crystals. Oddly, the literature on the process states the hardness is not removed through a salt free softener.

Research on the claims of this process reveals there is no proof that it works. There is no peer-reviewed scientific testing or data that shows the process is valid. If the hardness is not removed then it is, by definition, not soft water.

Water softeners use ion exchange technology, which works by replacing hardness ions with sodium ions in a one-for-one trade. The media in the resin tank holds the soft ions until they are needed for the exchange with the hard ion as the water passes through. The amount of resin in the tank determines the capacity of the system. 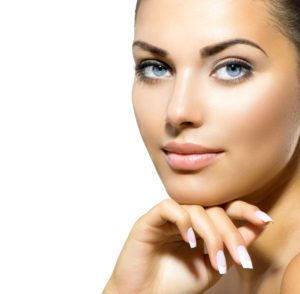 When the capacity of the resin is reached, the system backwashes the hard ions off the media and replenishes with fresh brine or salt water from a brine tank. The media is then rinsed of excess salt water. This process is called regeneration. Finally, fresh water is added by the water softener to the brine tank so it is ready for the next regeneration.

There are varied sizes of water softeners to accommodate for consumption. Water softener sizing is referred to in grains, which is the capacity of the system based on how much hardness it can remove with each regeneration. A system that is too large will not regenerate often enough to keep the resin operating properly. If it is too small, the regeneration will be too frequent, resulting in wasted water and salt. It is important to match the system to the water usage and mineral hardness to ensure the correct size is placed for total capacity in the home or business.

The total capacity inside the resin tank also includes a “reserve capacity," which is calculated for when sizing and ensures soft water is available for heavy water use periods. Traditional technology like that used in the Fleck downflow softeners is unable to save the reserve capacity. The system is then forced to flush away any unused brine solution with every regeneration. Since the reserve capacity is rarely used, it becomes wasteful and costly to dump and replace it.

Smart water softeners are much more efficient and designed to use far less salt and water during the regeneration process. The Genesis line of upflow water softeners have built-in technology to ensure that each regeneration is calculated based on usage. This allows the system to preserve the reserve capacity. Reserves are about 30% of the total capacity and equal big financial savings for the consumer.

An internal meter counts the gallons used, which tells the control valve when to regenerate and how much to water flush and replace. This ability to monitor and adjust sets the Genesis model high-efficiency water softener line apart, since they are able to save up to 75% in salt usage and 64% of water when compared with Fleck water softeners.

Older technology water softeners like the Fleck 7000 and 5000 models are being phased out and retired. As the high flow Fleck 7000 transitions out from Pentair’s line of softeners, the Genesis Revolution is now the only online water softener sold with a true, one-inch (1”) internal port. Genesis water softeners have higher efficiency ratings, better quality, and longer warranties.

The design of water softeners allows them to operate using sodium chloride or potassium chloride. Potassium chloride is more expensive and used by people with extreme salt-level restrictions or for personal reasons. Potassium operates on the same premise as sodium, through ion exchange it replaces hardness and softens the water.

Using potassium chloride is the only true way to achieve a saltless water softener, though it is financially prohibitive and impractical. The results are the same as using sodium chloride, as both perform an ion exchange as they remove the hard elements completely.

Removing hardness from the water results in soft water, which has multiple benefits for anything that comes in contact with water. Either a potassium or salt water softener will produce the same outcome. 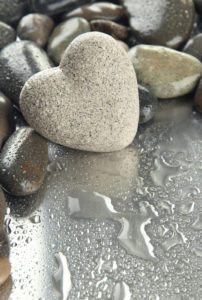 Fixtures, dishes, and glasses have soap scum residue left after cleaning, which is very difficult to remove. Softened water rinses much cleaner and leaves surfaces sparkling. Skin and hair are much softer, naturally oiled, and suppler.

The minerals also deposit in pipes, fixtures and water heaters causing clogs, repairs and early replacement costs. With the hardness removal of a water softener, there are no harsh minerals to deposit. This creates unsightly scale build-up and obstructed plumbing.

The National Institute of Health discusses the potential long-term adverse health effects and impact of hard water on our bodies.

Salt water softeners completely remove hardness and replace it with sodium or potassium. Water is then softened and the effects of hard water are not possible due to their elimination.