Nitrate is an inorganic compound that occurs under a variety of conditions in the environment, both naturally and synthetically. It’s one of the most common groundwater contaminants in rural areas. It’s found in fertilizers, manure, and liquid waste from septic tanks. Natural bacteria in soil can convert nitrogen into nitrate. Nitrate can leach into groundwater by rain or irrigation water, elevating the concentration to unsafe levels.

Nitrates are used primarily in fertilizers, and are more likely to be found in water supplies near areas of concentrated agricultural activity. If you live near a farm there is a much greater chance that your drinking water could contain high levels of nitrate. Poorly constructed wells are especially susceptible to contamination.

The U S. Environmental Protection Agency was given responsibility for setting drinking water standards for all the states, and each state became responsible for enforcing these standards. The maximum contaminant level for nitrates as set by the EPA is 10 milligrams per liter (mg/L), or parts per million. State law requires public water systems to test for nitrate and notify residents if the level rises above 10 mg/L. Unless otherwise specified, nitrate levels usually refer only to the amount of nitrogen present.

Dangers of Nitrate and Nitrite in Drinking Water

Short-term exposure to drinking water with a nitrate level at or just above the health standard of 10 mg/l nitrate-N is a potential health problem, primarily for infants. Blue baby syndrome, also known as infant methemoglobinemia, is a condition where a baby's skin turns blue. This occurs due to a decreased amount of hemoglobin in the baby's blood.

Babies who consume formula made with nitrate-rich water are in danger of their bodies converting nitrates into nitrites. These nitrites bind to the hemoglobin in the body, forming methemoglobin, which is unable to carry oxygen. The most common cause of blue baby syndrome is water contaminated with nitrates.

How Can I Lower the Nitrate Level in My Current Water Supply?

Because nitrate does not evaporate the way chlorine does, boiling, freezing, or letting water stand does not reduce the nitrate level. In fact, boiling water for more than 10 minutes can make the nitrate more concentrated. Boiling water in an aluminum pan may also convert nitrate to nitrite. Nitrite can be formed from nitrate by a chemical process called reduction. Nitrate does not normally cause health problems unless it is reduced to nitrite. Nitrates are odorless, colorless, and tasteless; you will not notice the presence of nitrates in your water simply by drinking it.

Homeowners who’ve discovered high levels in their water supply should first consider the source of the nitrate and nitrite and whether there is a way to reduce the number of contaminants, such as by fixing a broken septic or sewer system. Keep in mind that while public water supplies are tested routinely, if you use a private water supply, no tests are performed for nitrate. You can get your water tested at a private laboratory at minimal cost (around 10 to 15 dollars.)

Nitrate can be removed from drinking water by distillation, reverse osmosis or ion exchange. A water softener is typically used to treat hard water, but it can also remove nitrate and nitrite with the proper media. Water softeners use an ion exchange process, during which minerals are replaced with sodium. These compounds are then removed from the softener filtering resin through a backwashing process. Water softeners filter the whole home’s water supply as it enters the house, not just the drinking and cooking water. If you are considering using a water softener to remove nitrate from your water supply, you will need nitrate and nitrite specific resin to effectively remove this contaminant.

There are a number of selective medias that will actively remove nitrate, but by far the most common and easy-to-use technology for nitrate removal is reverse osmosis. A reverse osmosis system (RO) uses a non-selective membrane to remove almost all dissolved contaminants from the water. RO systems use a special anion resin ion exchange media specifically designed for nitrate removal. This type of filtration can remove dissolved solids, chemicals, and other contaminants by creating pressure and forcing water through a semi-permeable membrane.

As the water passes through the membrane, it effectively leaves impurities behind. Sediments and contaminants collected in the filters are safely flushed down the drain. Roughly 85-95% of the nitrates in your water can be removed with reverse osmosis, depending on initial water quality, system pressure, and water temperature. An added benefit of the RO process is that it removes many contaminants, not just nitrates.

A quality RO system like the Genesis RO is an under the sink filtration system that will supply up to 50 gallons per day of purified drinking water. This system is NSF standard 58 approved, meaning it has been designed to reduce contaminants present in public or private drinking water. It has also been tested to meet Water Quality Association Gold Seal Standards. The Gold Seal is the industry’s solid assurance that a water treatment product has passed rigorous testing requirements, annual manufacturing facility audits, and complies with the Water Quality Association’s Certification Schemes.

When you want to take the worry out of your water, take steps to eliminate contamination. Ion exchange technology and reverse osmosis will effectively reduce and remove nitrates, while simultaneously boosting your overall water quality, making water in your home better for you and your family. A variety of other impurities can be removed with the right water treatment system. Learn more about what you can do for your home’s drinking water by calling (847) 462-9000 and talking to a friendly expert at Discount Water Softeners. 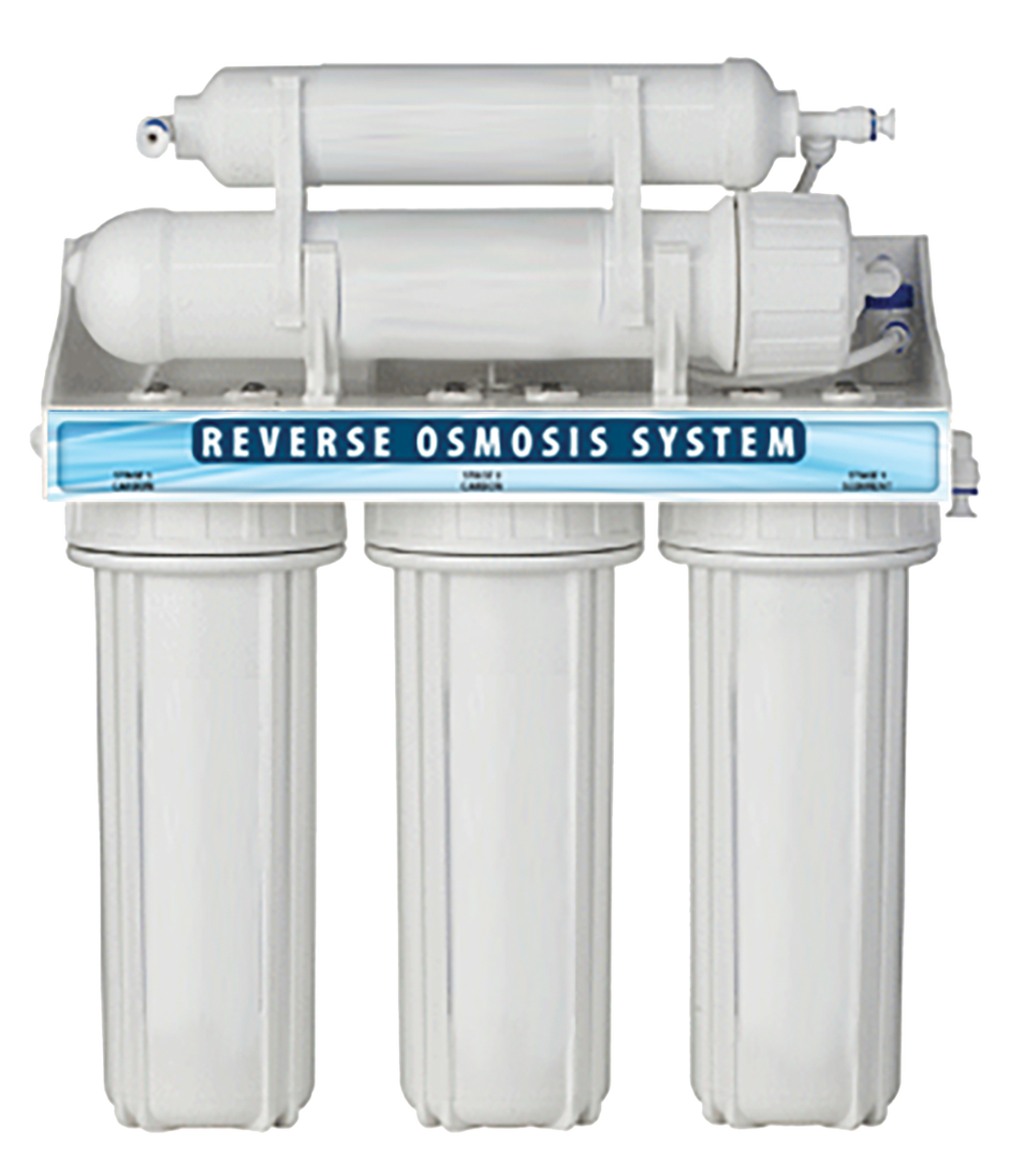